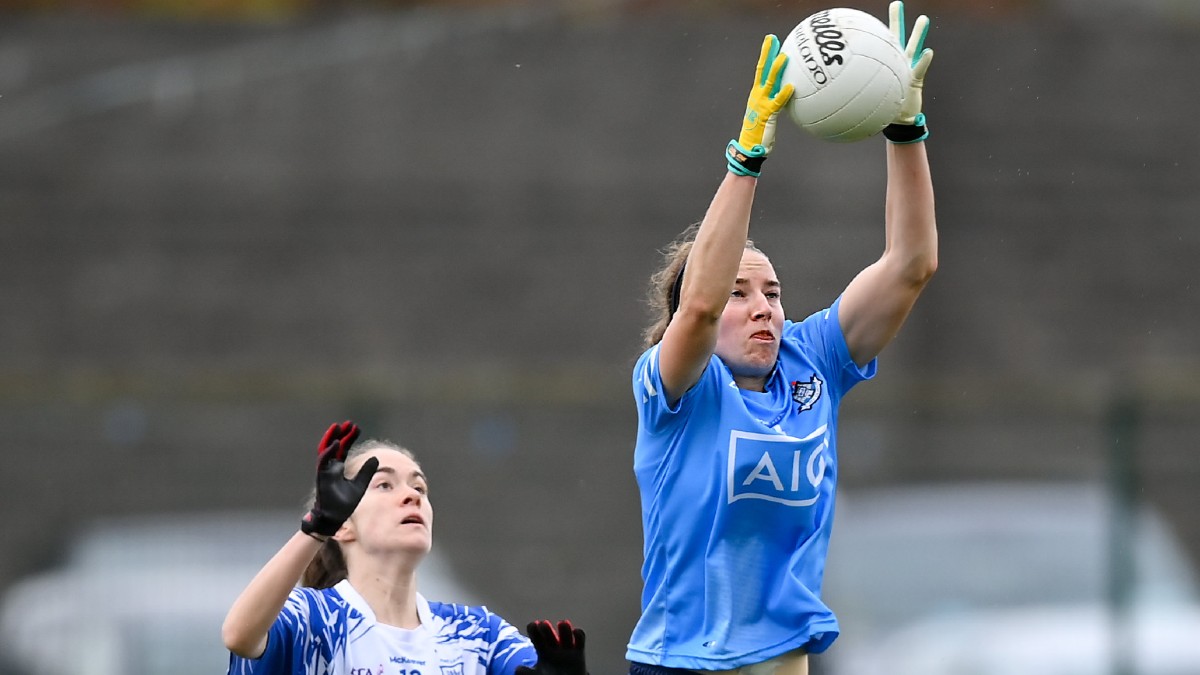 Dublin’s defence of their TG4 All-Ireland Senior Championship remains on track as Mick Bohan’s side sealed their place in the semi-finals of the competition following a four-point win over Waterford.

For the second week in a row Dublin were pushed all the way, and after Roisin Tobin’s second-half goal, a shock looked possible with Waterford only one point behind. But Dublin showed their experience and a couple of Sinead Aherne points got them over the line and into the last four for the seventh straight year.

The loss of Lauren Magee and Martha Byrne to the sin bin at the end of each half was a significant challenge for Dublin to clear, and with Chloe Fennell keeping her side in touch, Dublin looked to be in trouble, but Aherne and Lucy Collins came to the rescue in a 0-17 to 1-10 win.

In Group 2 Monaghan got their competition off to a winning start and will battle it out with Galway next Sunday to win the group, but Tipperary exit the competition after a second straight one-point loss. An impressive start from Monaghan saw them kick the first six points of the game, with Ellen McCarron and Ciara McAnespie in great form, but a couple of brilliant goals from Aishling Moloney and Roisin Howard dragged Tipp back level by the interval.

An end-to-end second half swung in Monaghan’s favour thanks to a couple of good Cora Courtney points, but the Tipperary camp were aggrieved by the final play of the game, which saw Moloney penalised for a nudge on Nicola Fahy near the Monaghan goal. Referee Kevin Phelan was well positioned to make the call and the Laois whistler awarded a free out. Monaghan hung on for a 0-17 to 2-10 win.

Group 4 will also be decided next weekend when Mayo and Armagh clash, and Peter Leahy’s side were very impressive 4-17 to 0-4 winners over Tyrone. Sarah Rowe was back to her best and she scored 2-9 for a rampant Mayo, while Tamara O’Connor’s first-minute goal set the tone for the westerners, while substitute Deirdre Doherty finished off the job.

Last year’s semi-finalists Cork took a big step towards that stage again after Saoirse Noonan’s early goal paved the way for their 1-14 to 0-14 win over Kerry. Ephie Fitzgerald’s side will win the group if they avoid defeat against Cavan next Sunday, but in their first championship outing they were pushed hard by Kerry. Louise Ní Mhuircheartaigh landed ten points for Kerry, who defeated Cavan in their opening game and must now wait to see the result of the final group game to discover their fate.

Meanwhile, in the TG4 Intermediate championship, Meath wrapped up top spot in Group 3 thanks to a 5-18 to 0-10 win over Leitrim, where Stacey Grimes hit two goals.

The three remaining groups will all be decided next weekend. In Group 1 Roscommon were 1-15 to 2-9 winners against Wexford, with Sinead Glennon’s early goal a key score for Roscommon. If they avoid defeat against Offaly next week Roscommon will be through to the last four.

Louth were impressive 4-10 to 2-7 winners against Longford with Lauren Boyle, Kate Flood and Eimear Byrne among the goals. Louth and Westmeath will go head-to-head next weekend in a fight for top spot, while Longford’s season is over.

Kildare maintained their perfect start in Group 4 as they accounted for Sligo on a 5-13 to 0-4 margin in Kinnegad. Rosin Byrne’s two early goals set them on their way against an inexperienced Sligo outfit. Only defeat to Laois in their final match can deny Kildare a knock-out spot, although they could yet be joined by Laois and Clare on six points after next weekend’s games, after the Munster side ran out 5-7 to 1-10 winners against Laois.

Elsewhere, the TG4 All-Ireland Junior semi-finalists have been confirmed with Antrim set to face Wicklow, while Limerick and Fermanagh will also do battle. Antrim were 2-11 to 1-7 winners against Derry with Meabh McCurdy and Cathy Carey amongst the goals.

In the other Junior game, Eimear Smyth caused havoc for Carlow as her 2-6 haul made sure of Fermanagh’s spot in the last four thanks to a 3-9 to 2-10 win.