LADIES FOOTBALL: “We’ll spend the next two weeks preparing to make sure we can do the best job we can” – O’Shea 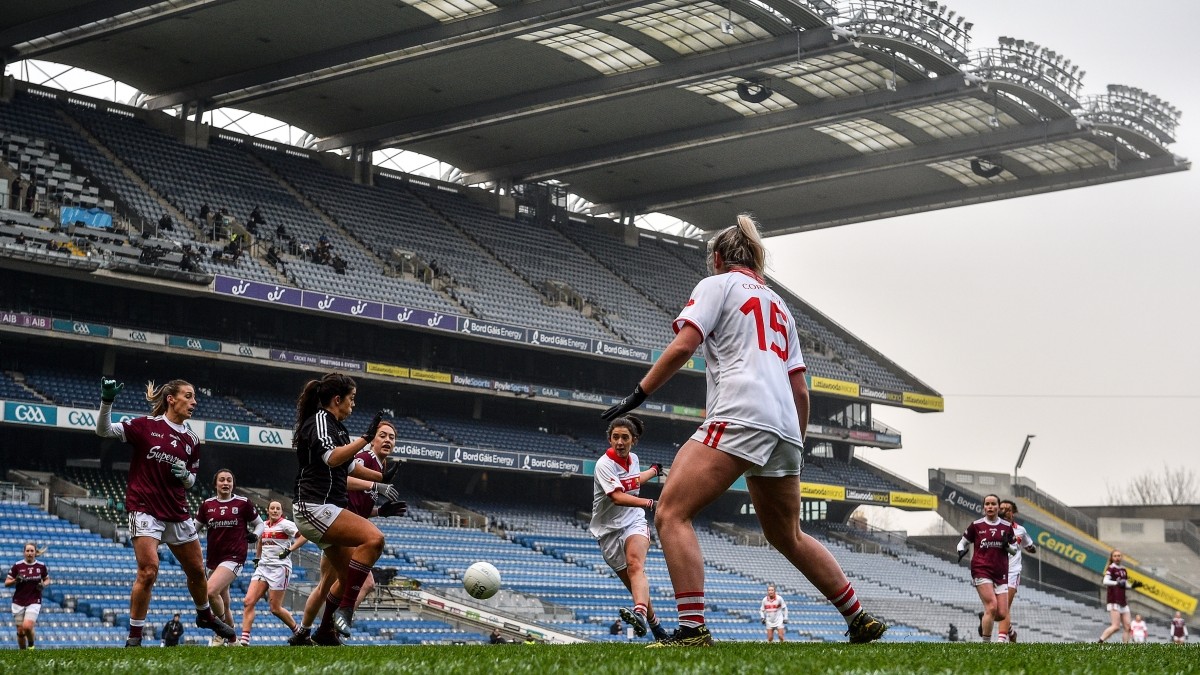 Great rivals Cork and Dublin will do battle in the TG4 All-Ireland Senior Final in two weeks’ time after Ephie Fitzgerald’s side swept past Galway at Croke Park with a comprehensive victory.

In a game that was moved from Parnell Park on the morning of the game due to an unplayable pitch at the venue, Cork took charge of the Semi-final with goals from Melissa Duggan and Ciara O’Sullivan inside the first 18 minutes.

Orla Finn scored nine points for Cork and despite some bright moments from Tracey Leonard and Mairéad Seoighe there was no way back for Galway, who were unable to make it back-to-back appearances in the decider.

Cork and Dublin will do battle again at Croke Park in the Final on 20 December in a repeat of the 2018 decider, and according to Cork selector, Paddy O’Shea, his side will be facing the game’s current standard setters.

“Dublin are the bench mark for the last three years. They are going for four in a row and we have a huge job ahead of us. But we’ll spend the next two weeks preparing to make sure we can do the best job we can,” said O’Shea.

It was Tracey Leonard who kicked Galway into an early lead, but after Finn got off the mark for Cork after five minutes, the Munster side soon took control.

A goal from wing back Duggan following some great build up play from Erika O’Shea set Cork on their way after seven minutes, and with Finn also finding her range, Cork moved 2-3 to 0-2 ahead after Ciara O’Sullivan rounded Lisa Murphy for their second goal in the 18th minute.

No stranger to excelling at Croke Park following last year’s heroics against Mayo, Seoighe kicked a couple of long-range points either side of another Finn free, and while Leonard tagged on a free for Galway, Cork were well worth their 2-5 to 0-4 half-time advantage.

Goal scorer Ciara O’Sullivan stretched Cork’s lead after the game restarted, and while substitute Andrea Trill, Leonard and Seoighe kept accumulating Galway’s total, they never managed to get any closer than six points to Cork in that second half.

With Finn in excellent form, Cork always kept Galway at arm’s length, and although Olivia Divilly also got on the scoreboard for the Connacht side, the loss of Sinéad Burke to the sin bin stalled Galway’s comeback hopes.

With a comfortable lead to protect, points from Áine Terry O’Sullivan, Doireann O’Sullivan and substitute Sadhbh O’Leary gave Cork a routine closing few minutes, and they sailed into the final with a third straight Championship win.

“I thought that once we got those two goals that we managed the game very well,” said O’Shea.

“Aishling Hutchings at centre-back was awesome; she was pulling the strings and moving pieces around the pitch like a chess puzzle.

“Game management is something that we have been very conscious that we had to improve on, and that came from the girls. The leadership shown on the pitch is extraordinary. Thankfully it all worked out today.”