LADIES FOOTBALL: “When the game is in the melting pot, that’s when you really know the true player that you are” 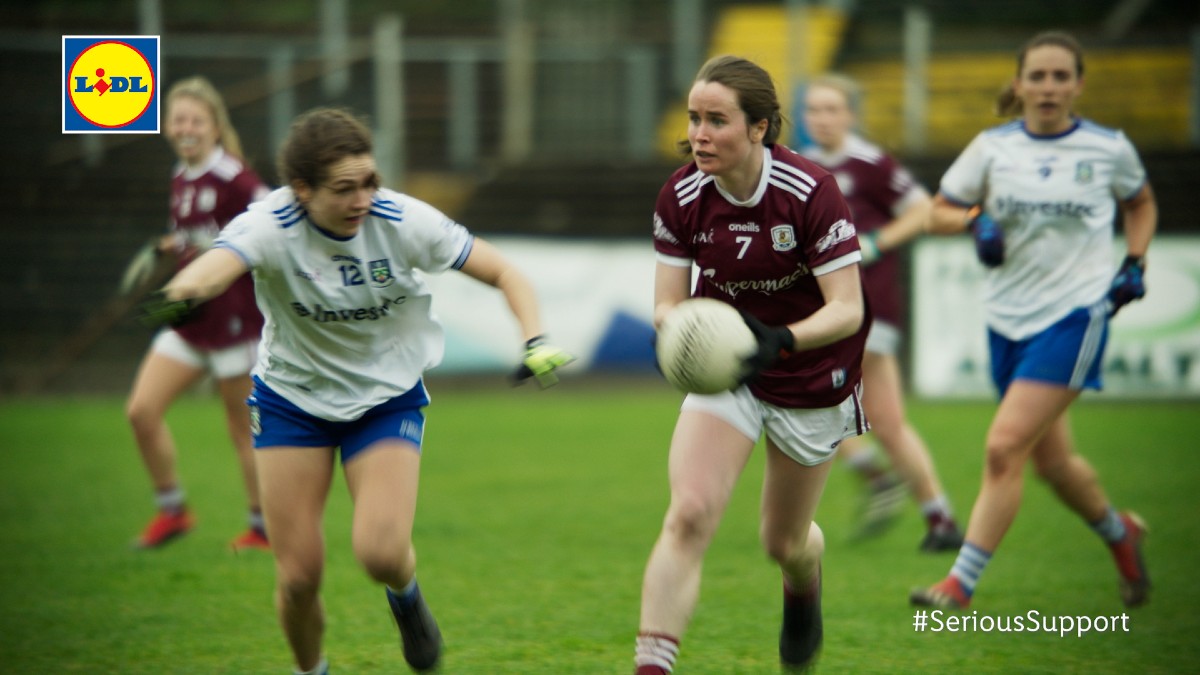 2020 has been a year like no other – but there’s still history to chase.

Lidl One Good Club™ Ambassador Nicola Ward is a key member of the Galway team aiming to reach the 2020 TG4 All-Ireland Ladies Senior Football Championship Final against Dublin at Croke Park on December 20.

The Kilkerrin-Clonberne player suffered double heartbreak in 2019 with Galway losing out to Dublin in the TG4 All-Ireland Final before her club lost the All-Ireland Senior Club Final against Mourneabbey from Cork.

Nicola, who was honoured with a TG4 All Star award, and named in the team alongside twin sister and Galway captain Louise, also suffered a devastating knee injury against Mourneabbey but she’s back fully fit and in excellent form on the pitch.

She was at her brilliant best in this fascinating ‘Game Day’ experiential video, brought to you by Lidl and Fifty-Three Six Media, as Galway survived a stern test before emerging from a nerve-jangling encounter with just a point to spare.  Watch the day unfold from early morning as Nicola and Louise calm their nerves and prepare their kit bags at home before making the journey to Páirc Seán Mac Diarmada in Carrick-on-Shannon. Their opponents are Monaghan in a winner-takes-all clash and Nicola is glad to have her twin sister backing her up;

“I’m very lucky to have my sister alongside me – I know she’ll always be there to pull me through.”

As the game unfolds, the tension rises and the stakes become ever higher;

“When the game is in the melting pot, that’s when you really know the true player that you are.”

Speaking about the release of the video ahead of this weekend’s semi-final, Ward commented: “This has been a year like no other and, as an ambassador for the Lidl One Good Club programme, I’m fully aware of how difficult it has been for a lot people in Galway and around the country from a mental health perspective. With that in mind, the support we continue to receive from the people of Galway is a huge motivation and we are determined to do them proud whether we can see them or not. While they haven’t been able to watch us in person this year, I hope this video gives them a taste of the 2020 championship experience from home.”

Galway will play Cork in the TG4 All-Ireland Senior Championship semi-final this Sunday, December 6, at Parnell Park in Dublin (1.30pm) and will be shown live on TG4.

This video is brought to you by Lidl Ireland – the LGFA’s Official Retail Partner and National League sponsors. Lidl One Good Club™ is a five-step youth mental health awareness programme for local clubs, developed in partnership with the Ladies Gaelic Football Association (LGFA) and Jigsaw – the National Centre for Youth Mental Health.