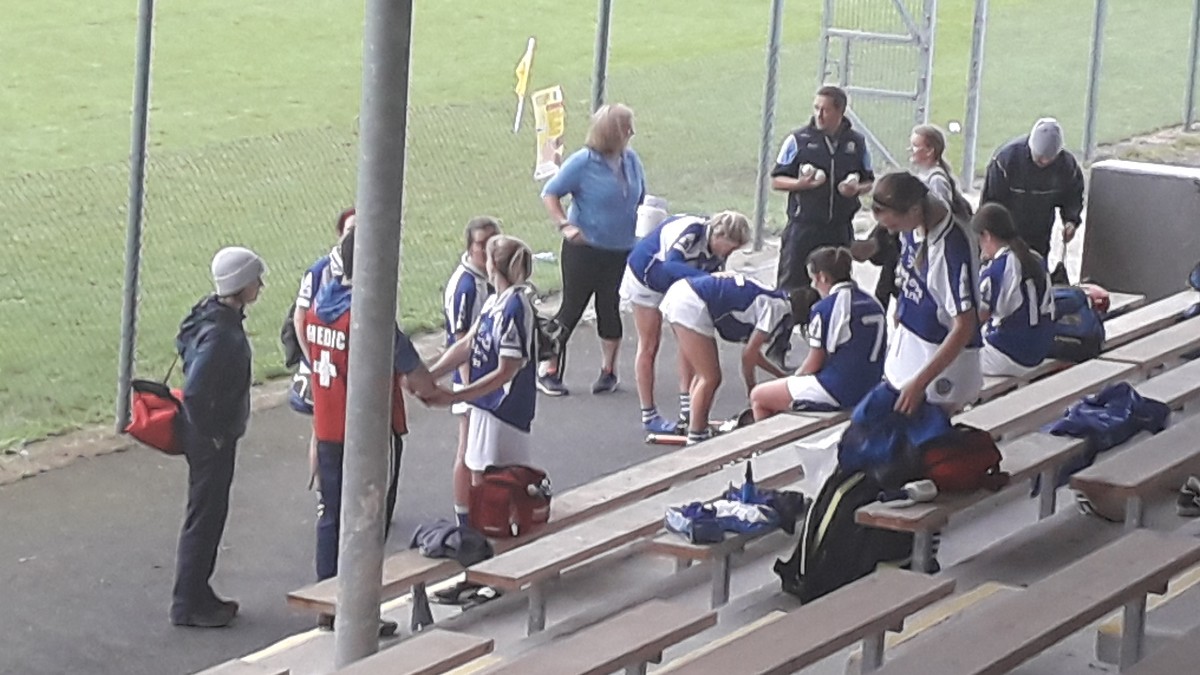 Ardrahan overturned their title surrender this time last year with this 10-point victory.

Two Cliodhna Walsh goals and a Denise Diviney strike were enough to send Michael Helebert’s side into a championship semi-final against Oranmore/Maree, but they had to remain alert against a determined Eyrecourt outfit.

Strikes from Molly Dunne and Aideen Lyons ensured last year’s semi-finalists, who eliminated defending champions Ardrahan at this stage, were never too far away from their opponents.

The contest started at a blistering pace with five white flags raised inside four minutes.  Indeed, 60 seconds hadn’t elapsed when Ava Lynskey and Rebecca Hennelly sent the sliotar between the posts for an Ardrahan 0-2 to 0-0 lead.

Eyrecourt’s first attack also yielded change as Laura Loughnane fired over from the right but two further points for Lynskey and Walsh gave Ardrahan a 0-4 to 0-1 lead.

The two Ardrahan attackers were a thorn in Jack Maher’s team over the hour and the former set up the first goal scoring chance.  Lynskey was proving difficult to control and managed to get a shot in despite being fouled.

Only six minutes had passed before the pace settled but Ardrahan were building an unimpressive wides tally that reached 17 by the game’s conclusion.

However, they always looked dangerous coming in from the flanks and it was Walsh’s turn on 11 minutes to find a breakthrough.  The Galway intermediate is a deadly finisher when on form and she proved it with the game’s first goal.

Walsh added another on the quarter hour making it 1-5 to 0-1 but Ardrahan were still wasting scoring opportunities.  The difference between the teams was the threat in attack but Eyrecourt finished the period with a Mairead Burke point leaving six between them at half-time.

Hennelly is one of the finest free takers in the country but had an ‘off’ 30 minutes that needed to be corrected.  The 2016 All-Star was back to her usual best after the restart with two placed balls stretching Ardrahan’s lead to 1-7 to 0-2.

Eyrecourt needed a moment to roar back into the tie and it came with the score of the game on 37 minutes.  Substitute Aoife O’Sullivan played back to Burke who delivered a sweet diagonal left ball in Dunne’s direction.  Dunne shook off three challengers before blasting to the roof of the net.

There was five between them, but the east Galway outfit didn’t capitalise.  Hennelly converted two more, the latter from play, before Ardrahan moved out of sight on 47 minutes.

Lyons missed the perfect pass to Loughnane at one end and the two-time champions countered.  Lynskey’s ball down the left for Brenda Kerins created the opportunity and Diviney was on hand to seal the second goal.

At 2-9 to 1-2, there looked no way back for Eyrecourt, but they wouldn’t be put off! Dunne found the target on 56 minutes before Lyons’ goal two minutes after left them just six points behind.

Ardrahan weren’t over the line yet but one last sprint ensured they reached the chequered flag.  Walsh stormed through the centre opting not to take the easy score, moving to her left and giving Earner no chance with the third goal.

Hennelly and Dearbhaile Walshe concluded Ardrahan’s account with Sara Corcoran registering for Eyrecourt.  Oranmore/Maree stand between the winners and a fifth final in eight campaigns.