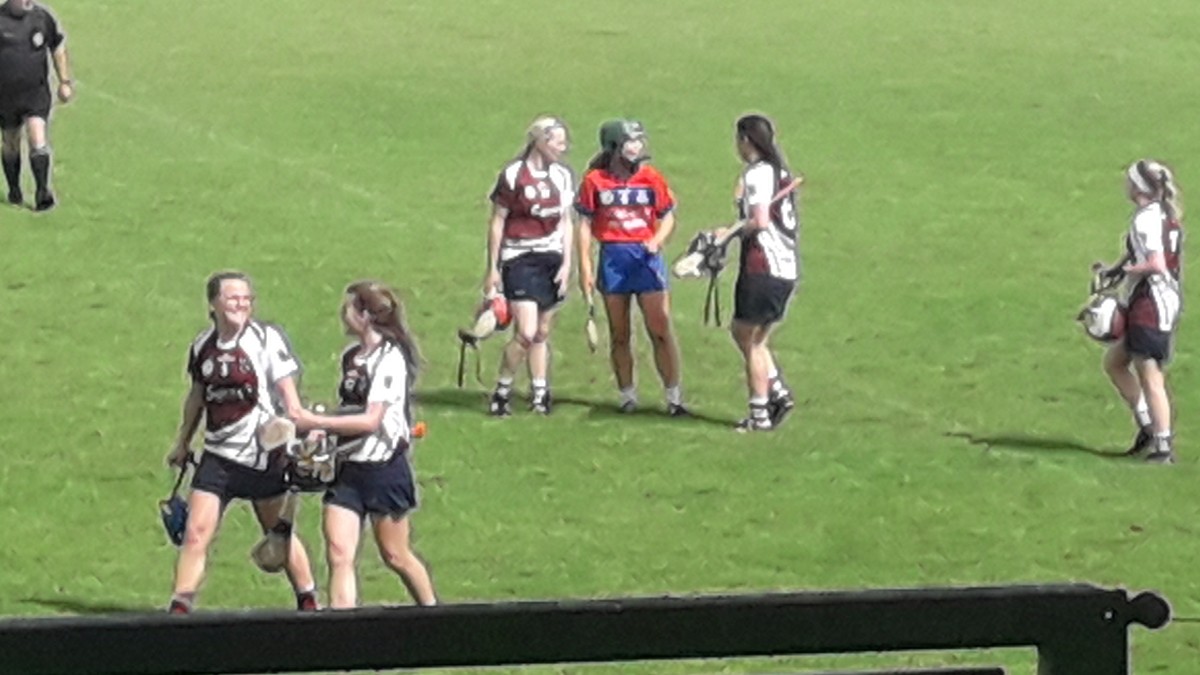 For the first time in five years, Athenry are back in the county senior camogie semi-finals after a third consecutive dominant 2020 performance.

Big scores in the Senior B group stages against Cappataggle and Carnmore were followed by another controlled display as they eliminated last year’s runners-up St. Thomas.

Therese Maher and Dervla Higgins got the crucial goals in each half as PJ Molloy’s charges created a comfortable margin.  St. Thomas, playing without seven of last year’s starting team, failed to register the necessary scores and bowed out of the competition.

The return of county winning stars from a decade ago coupled with a new generation of young players has given Athenry belief that they can contest with Galway’s top teams again.

Despite the heavy rain that fell in the opening quarter, the maroon and white struck six points, from six different scorers, to establish a match winning lead by the 12th minute.

2013 All-Ireland Final player of the match Therese Maher opened their account before captain Jessica Gill’s long range free doubled their advantage.  Dervla Higgins, Sabina Rabbitte and Leah Crotty all troubled the umpires and Leah Crotty made it 0-6 to 0-0.

On 14 minutes, St. Thomas’ got off the mark when Aine Keane split the posts, but she proved to be their only scorer over the hour.

Maher would conclude the half in devastating fashion.  She received possession two minutes later and hand passed to the net for Athenry’s first goal.  And she should have done the same again on 31 minutes only to send the sliotar just over the bar.

Aine Keane’s third for St. Thomas left Vinny Healy’s charges 1-10 to 0-3 behind at half-time and three early wides after the restart meant they remained 10 in arrears.

Eimear Keane supplied Rabbitte for an Athenry point on 41 minutes but Aine Keane hit back for St. Thomas.  The Kilchreest/Peterswell side needed a goal but the punishment came the other end.

Maher and Coen raided Sarah Healy’s goals only for superb defending from Lorraine Coen to deny them a shot.  However, nobody picked up the advancing Higgins on 47 minutes who received the pass and made it 2-11 to 0-4.

The contest was over despite Aine Keane replying with her fifth point.  St. Thomas pushed bodies up searching for salvation and their scorer-in-chief was denied from play by an excellent Megan McDonagh stop.

There would be only last chance for St. Thomas when Aoife Gillane and Laura Keane set up Laura Sweeney who was blocked down by a resilient Athenry defence.  At the other end, Maher bookended Athenry’s performance when she took Eimear Keane’s pass for the final score.

It’s 11 years since Athenry completed a four-in-a-row of domestic titles but to reach Galway’s biggest day again, they must overcome All-Ireland champions Sarsfields in the semi-finals.  On their current form, they’ll provide a formidable challenge.