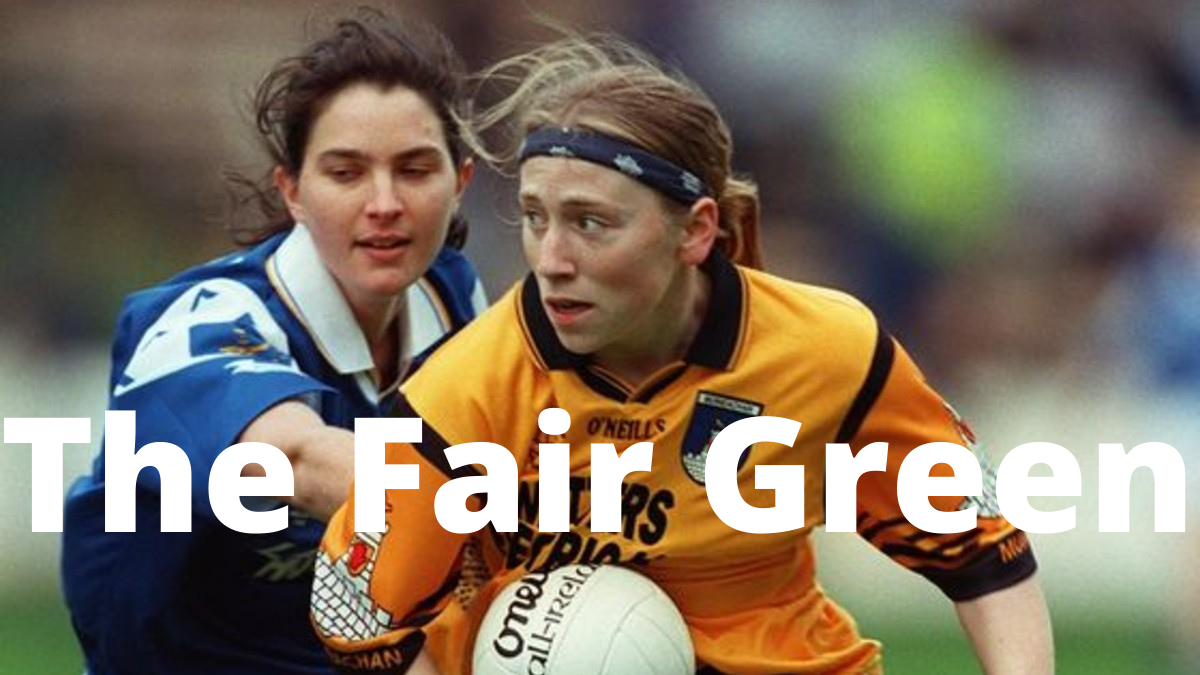 The seven-time All-Star joins us as we take a trip down memory lane remembering the Farney County’s first All-Ireland win 25 years ago in 1996.

We look back at Jenny’s career that also delivered the Brendan Martin Cup again the following year; from making her debut as a 14-year-old against Longford all the way to her forced retirement with a knee injury in 2005.

We chat about how ladies football has changed from players appearing on the Late Late Show the day before an All-Ireland final to the professional set-ups we recognise today.

We talk about winning an All-Ireland semi-final against Waterford on her club pitch (Aghabog); playing the INTO Games at Croke Park, Milk Tokens and Monaghan’s rise from their formation just 30 years ago.

Jenny also shares memories from homecomings, All-Ireland finals controversy and disappointment, the importance of team, what would happen if Denzel Washington called, while we also hear from her dog Woody.