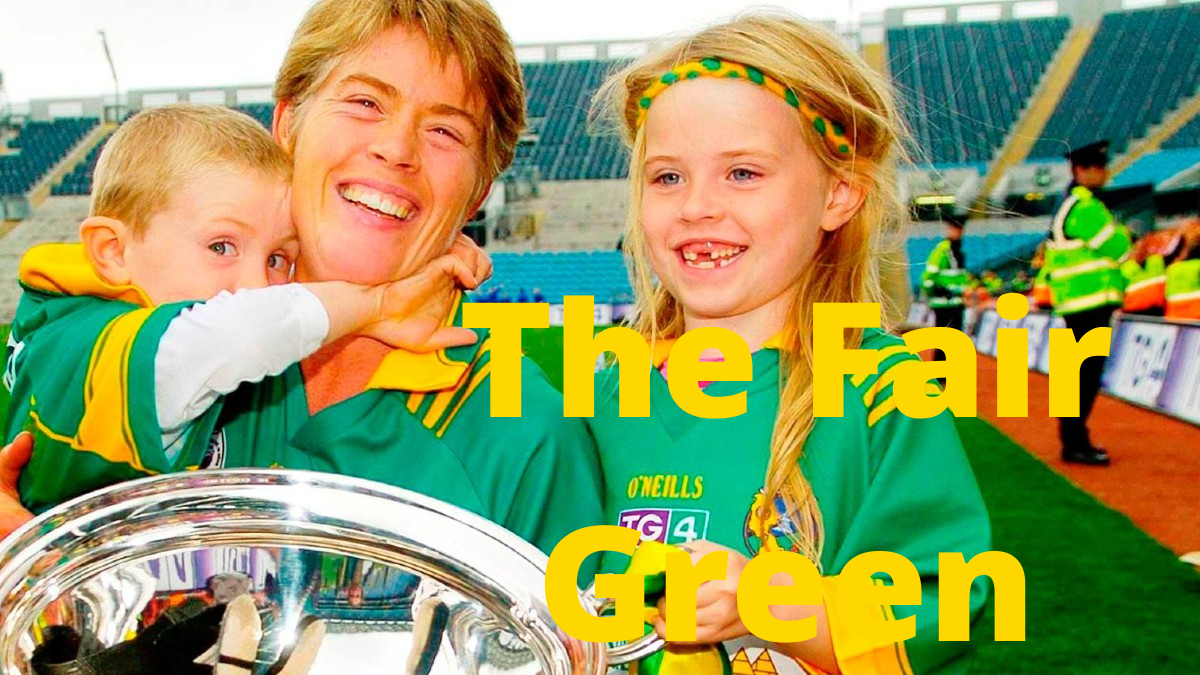 The two-time All-Ireland winner talks about starting off in Ballinamore Community Games to national titles 19 years apart, changes over that period, and serving as an administrator and selector at county level.

Maeve tells Darren Kelly about ladies football starting in Leitrim, winning titles with Aughawillian and contesting All-Irelands at dclub level, returning home from honeymoon to play in a National League Final and winning the Mary Quinn Memorial Cup with her sisters, named after her mother.

We discuss All-Stars (official and panel), 18 county titles, interesting stories from travelling to games, going to Dubai with the All-Stars, being Leitrim’s chairperson and secretary and the honour of winning the Leitrim Sports Star Hall of Fame Award.

While Kerry and Monaghan are also named in her ‘Fantastic Four.’

Eight episodes of THE FAIR GREEN will be broadcast/re-released over the next month.