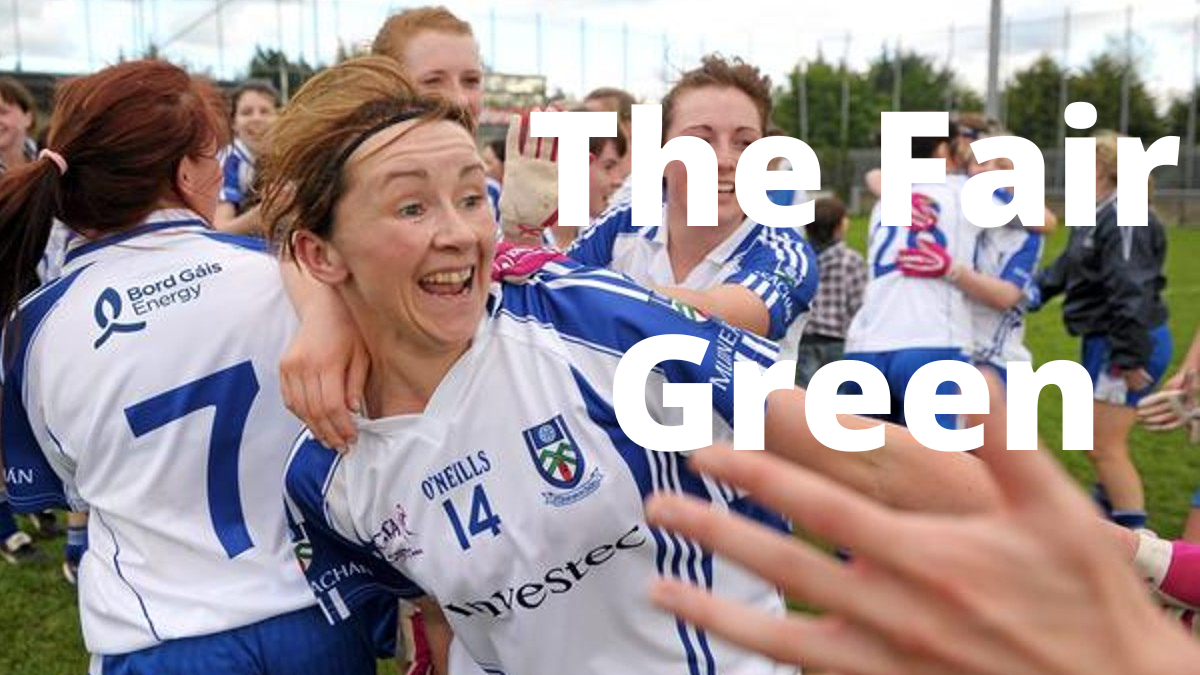 Our special guest on this edition of THE FAIR GREEN is 1997 All-Ireland winner and co-host of SPORTSDAZ FOOTBALL Niamh Kindlon. (Niamh Kindlon celebrates after victory in the 2012 Ladies National Football League Division 1 Final against Cork at Parnell Park. Photo: Paul Mohan)

We chat about the recent Monaghan reunion in Croke Park and Niamh coming into an All-Ireland winning squad as a 15-year-old back in 1997.  As a nine-year-old, she played in a challenge game that inspired ladies football to be formed in the county and she also holds 10 underage county titles with Magheracloone.

Niamh talks about basketball, soccer and any sport, the influence of her Dad Maurice who coached her to a first All-Ireland underage title, the heartbreak for Monaghan since with five All-Ireland disappointments.

The three-time All-Star also discusses those later games and not being fully part of the starting team, finishing up inter county before injuries forced retirement, her love for her club and how they are just coming out of a very difficult when a sinkhole destroyed their facilities, coaching underage teams with her sister Fiona, and future managerial ambitions.