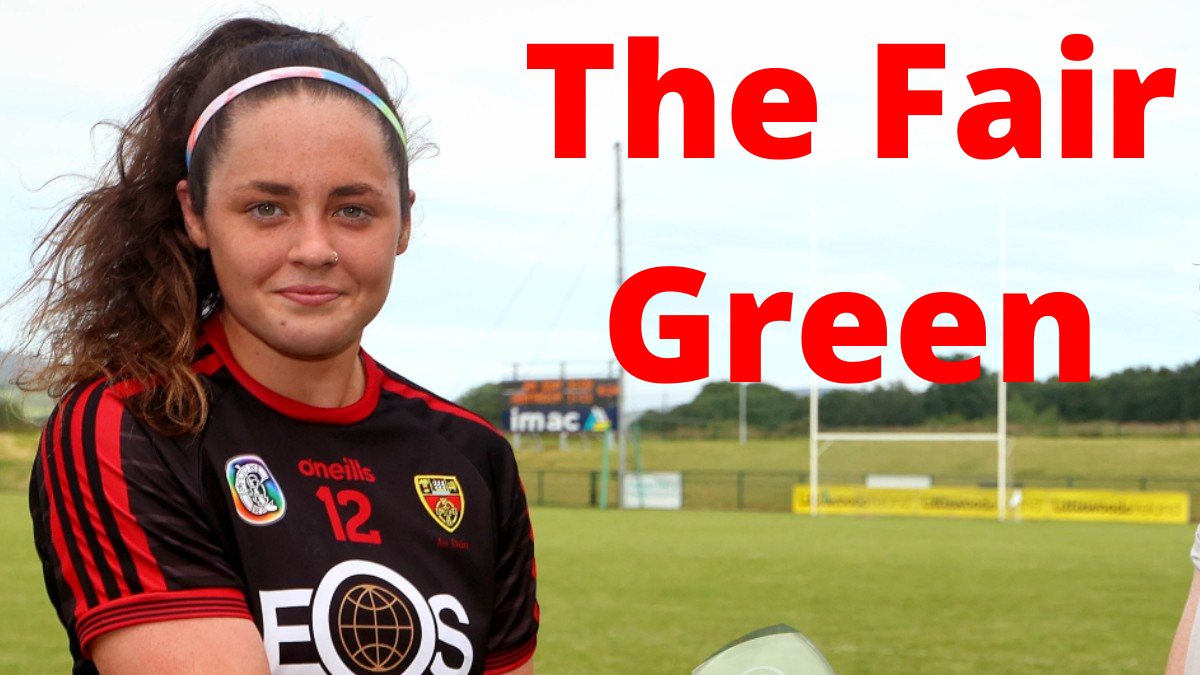 This week’s special guest on THE FAIR GREEN is Down camogie’s Soaring Star SORCHA McCARTAN.

Sorcha chats about Down’s journey in recent years that led to All-Ireland success, senior promotion and league glory; winning an Ulster medal in her debut year; and her hopes of returning to football at some stage.

And Sorcha talks Soaring Star awards, making the SportsDaz Team of the Year, and she names her ‘Fantastic Four.’