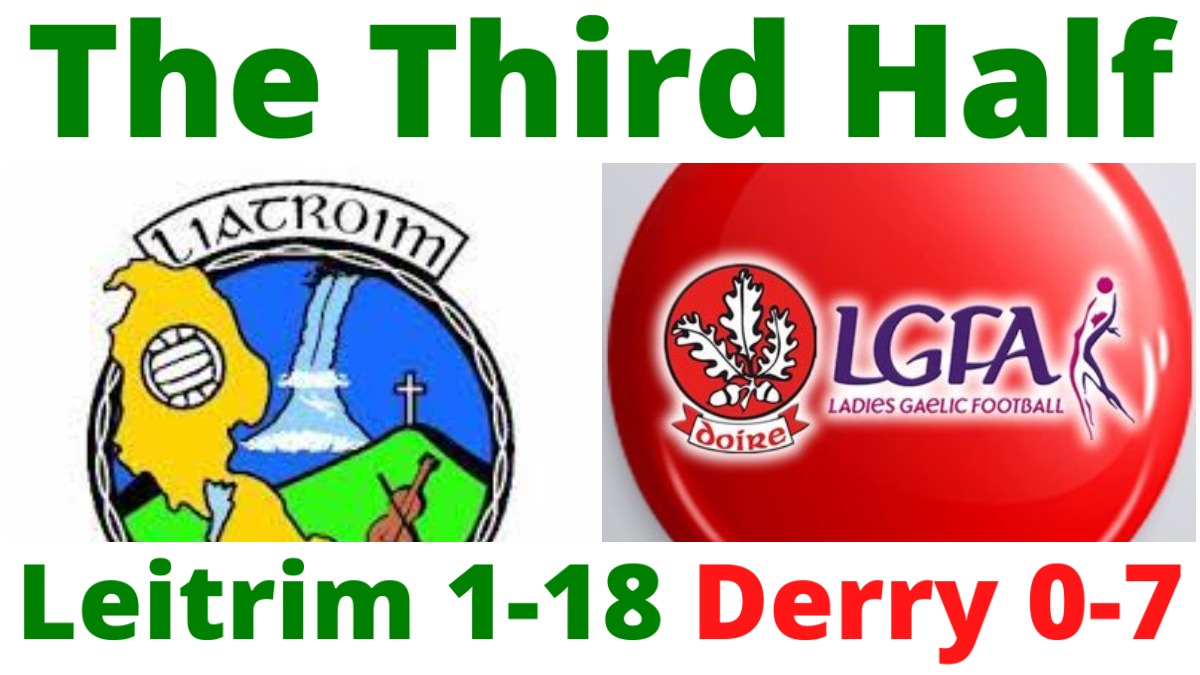 Leitrim made it two wins from two in Division 4A of the LIDL Ireland Football League on Sunday (30th May) following this 14-point victory over Derry.

Roisín McHugh’s first half goal gave the hosts a buffer on the scoreboard despite a spirited challenge by the Oak Leaf County who trailed by seven points at half-time.

Both teams had further goal opportunities with Leitrim’s Michelle Guckian hitting the crossbar but Connacht side suffered a blow early in the second half when full forward Leah Fox had to leave the field injured.

But first he caught up with the winning Leitrim manager Hugh Donnelly.