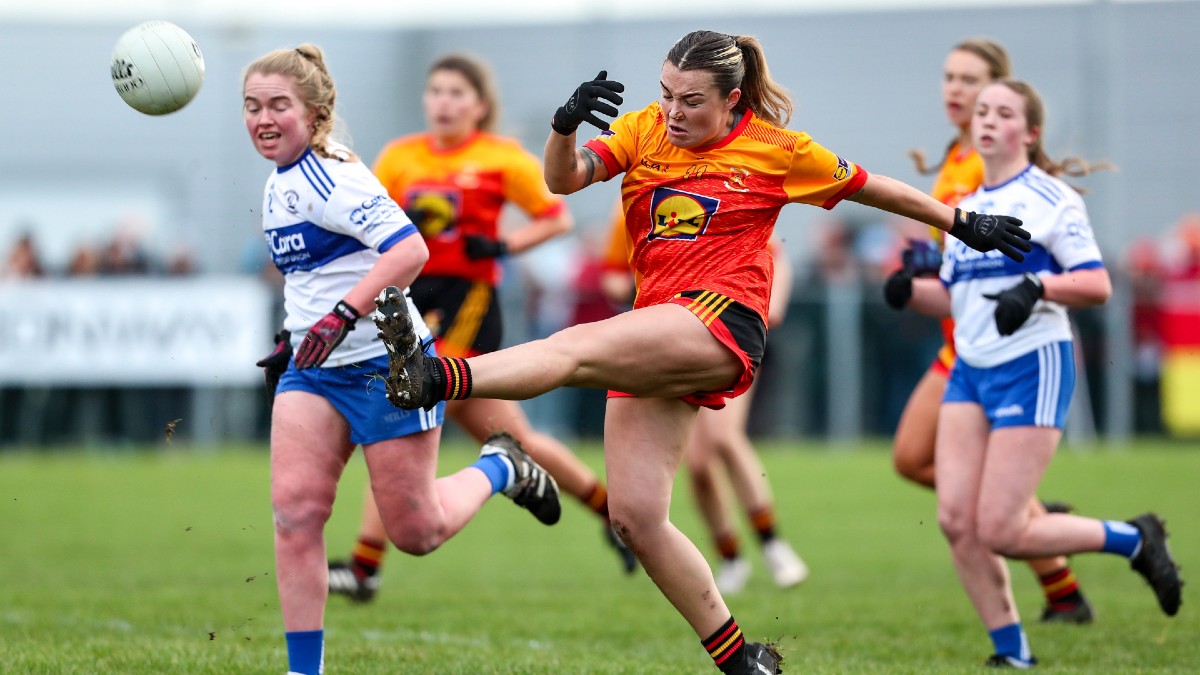 The sides were level at 0-6 apiece on the three quarter mark before the hosts raced 10 points clear thanks to goals from Laura Broday, Niamh Hughes and Danielle Caldwell.

But despite trailing by 3-7 to 0-6 with six minutes remaining, Castleisland Desmonds didn’t concede as Denis Kerin’s side fought back to within three with Amy Curtain and Julia Ann Twomey getting their majors.

However, it wasn’t enough and Castlebar Mitchels booked thier place in February’s decider.

Darren then chatted to the victorious manager Fintan Keane