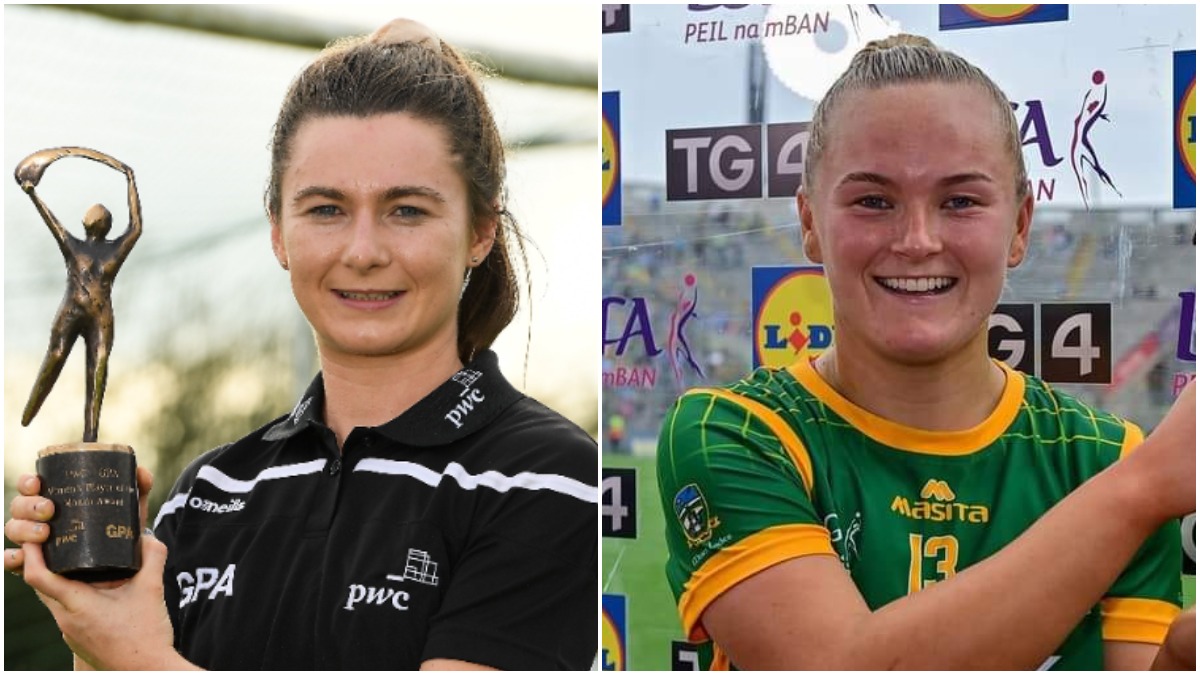 Four more exceptional players have been rewarded with Player of the Month awards following their brilliant performances throughout August.

Galway camogie’s Aoife Donohue and Meath footballer Vikki wall pick up the PwC GPA Women’s Player of the Month Awards while Limerick’s Cian Lynch and Kieran McGeary of Tyrone are named as PwC GAA/GPA Player of the Month award winners for hurling and football respectively.

For the second month in-a-row the women’s awards are won by a Galway camogie player and a Meath footballer.

Aoife was central to the Tribeswomen’s All-Ireland semi-final win over Tipperary at Croke Park and is getting ready for a showdown in the decider with Cork.

Vikki was a star for the Royals as they shocked Cork in their All-Ireland semi-final, coming from seven points down late on and eventually winning the game in extra-time.

Cian was man of the match in Limerick’s recent All-Ireland final win over Cork; an outstanding individual display in what was one of the finest team performances of recent times.

Kieran was the stand-out performer as Tyrone edged out Kerry in their All-Ireland semi-final, setting up a final showdown with Mayo this weekend.

Commenting on the announcement, Feargal O’Rourke, Managing Partner, PwC, said: “On behalf of all of us at PwC, I would like to extend our congratulations and say a big well done to Aoife, Vikki, Cian and Kieran – each of them is a deserving winner of their Player of the Month award. To be able to perform so well as an individual and also contribute to their team when the stakes are at their highest is a rare skill.

“These Player of the Month awards reward excellence and PwC is proud that our partnership with the GPA recognises equally the effort and ability of all Gaelic players.”

Uachtarán Cumann Lúthchleas Gael, Larry McCarthy said: “Congratulations to the winners of the PwC GAA GPA Player of the Month awards for August. Cian was outstanding for Limerick as they won back-to-back All-Ireland hurling titles for the first time in their history. Kieran continued his excellent form from the Ulster Championship as Tyrone overcame Kerry after extra time to make it to the All-Ireland Football final”

Speaking on behalf of the GPA, Tom Parsons, CEO added: “Congratulations to all four of our worthy winners in these monthly awards and our thanks to PwC for their continued support of female and male inter-county players. These players put in exceptional performances in August and throughout the year and, while there are still All-Ireland finals to come for Kieran and Aoife, I do want to particularly recognise Cian for his Man-of-the-Match display in the All-Ireland Hurling Final and Vicki for the part she played in Meath’s first senior All-Ireland final appearance.  These are four exceptionally talented & hard-working players for their teams.”

The PwC GPA Women’s Player of the Month and PwC GAA/GPA Players of the Month Award winners are voted for by the GPA’s membership.